Is It Possible to Get Rid of Nuclear Weapons? (ATOMMUZEUM Revisited)

"How can I save my little boy from Oppenheimer's deadly toy?"
“Russians” - a song by Sting

viaGood never stands around idly when people are suffering. Following our recent eye-opening visit to the ATOMMUZEUM (read the first part of our journey here), we continue in our mission to make the world a safer place for everyone.

Recently, within our Stop War & Support Peace efforts, we introduced five new humanitarian projects in the viaGood app. We feel deep compassion for the people of Ukraine and, in close collaboration with NGOs operating there, are working hard to assist.

The current conflict is atrocious, forcing millions of Ukrainians to leave their homeland. However, far more would be at stake, should tensions escalate and nuclear weapons be deployed! And thanks to our ATOMMUZEUM tour, we are very much aware of the threat. It is clear that a nuclear war would have no winners, only losers.

Unfortunately, Albert Einstein was right with his ingenious equation E = mc2, i.e. energy equals mass times the speed of light squared. Einstein revealed that matter is just another form of energy, or energy is just another form of matter. There is impressive energy in a minute quantity of uranium or plutonium, which can be used either for good, or for evil. 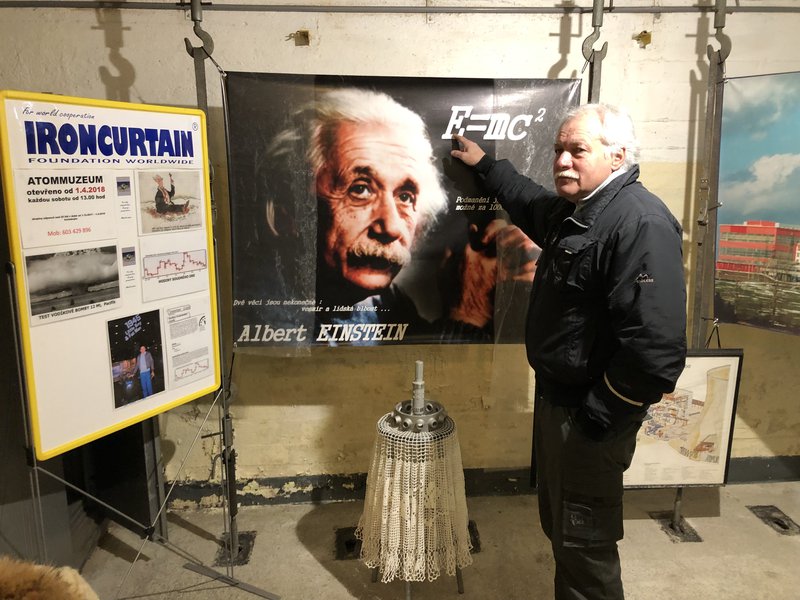 Vaclav Vitovec points at the poster of Albert Einstein who stated: “Peace cannot be kept by force; it can only be achieved by understanding.”

Fire is a good servant but a bad master

As presented by the information panel in the museums underground premises, while the two nuclear bombs dropped on Hiroshima and Nagasaki in 1945 killed a total of nearly 200 000 people, the hydrogen bombs of today are 1 000 times more powerful! The effect of a hydrogen bomb could be observed during the testing of Tsar Bomba, executed by the Soviets on March 30, 1961.

This three-stage hydrogen aerial bomb weighed 27 tons. After the test, conducted at Novaya Zemlya nuclear test site, the pressure wave circumvented the globe 3 times. The fireball had a diameter of 6 miles and created a 40-mile high mushroom cloud. Tsar Bomba was approx. 4 400 times more destructive than the bombs dropped on Hiroshima and Nagasaki in August 1945.

“The worst thing about the hydrogen bomb is that it’s a total weapon. There is no physical process that we understand that would be more destructive in military application than a hydrogen bomb. A hydrogen bomb has no destructive limits. I hope it will never be used,” commented Vaclav Vitovec during our visit at the ATOMMUZEUM.

If countries were to deploy their doomsday devices, millions of people would instantly perish. To quote former Soviet Premier Khrushchev when speaking about nuclear war, “the survivors would envy the dead”. Even if some humans were to survive, they would descend to the level of a primordial-communal society. It would no longer matter who had pushed the proverbial “red button” first. It would be Game Over! The threat is real! More than ever before, it is painfully clear that there is no Planet B. 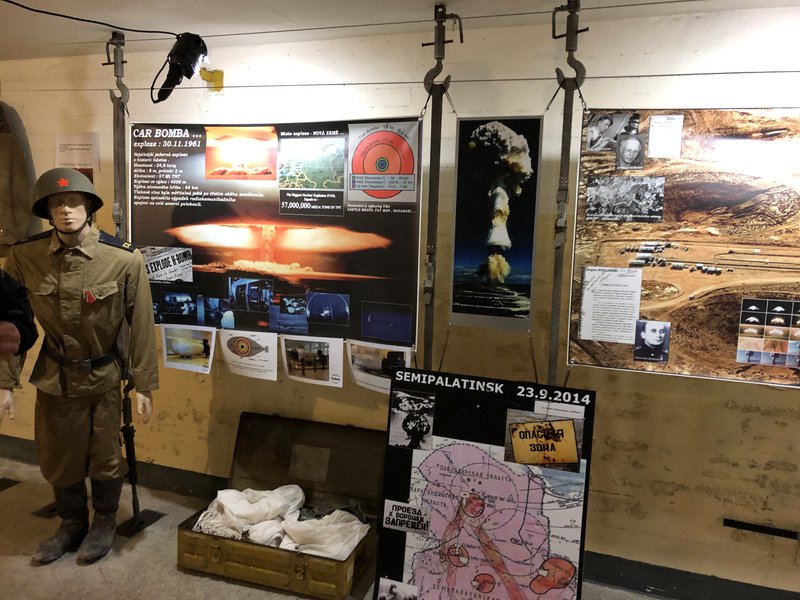 Tsar Bomba was the most powerful nuclear weapon ever created and tested.

As we walked through the cold halls where nuclear missiles had been stored during the Cold War, on all our minds was the unspoken question of what would happen next in the current conflict in Ukraine. Can mutual threats escalate so much that one of the parties feels compelled to reach for the ultimate weapon to launch a “preventive strike”?

Moreover, in addition to these two superpowers, other countries, such as North Korea, China, India, Pakistan and Israel, have also acquired nuclear weapons, increasing the risk of catastrophic global conflict. Apart from the threat of nuclear war, the testing of nuclear weapons poses a lasting risk. More than 2 000 nuclear tests have already been carried out worldwide. Some areas have become uninhabitable as a result of the radiation released. 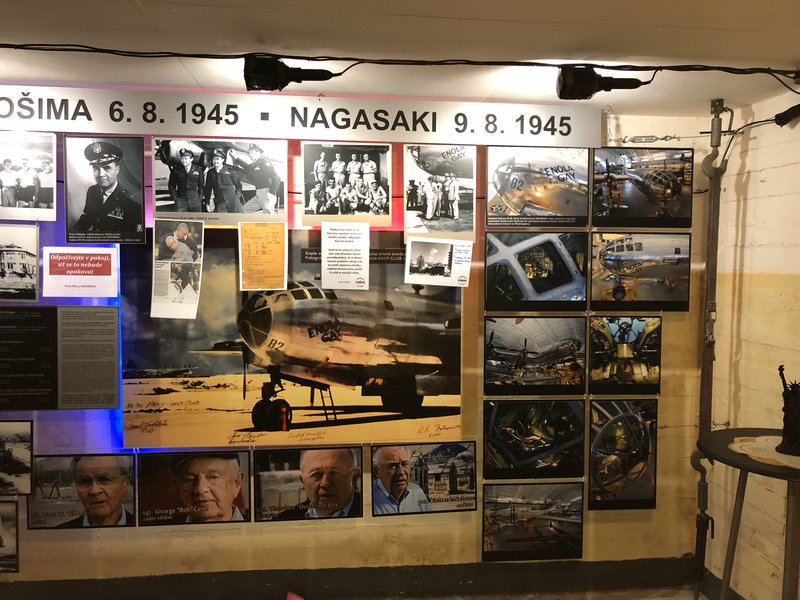 Information panel in the ATOMMUZEUM dedicated to the nuclear attack on Japan at the end of World War II. Such horror events must never happen again.

The future of us all is at stake! Is there a way out?

Yes. There is a way to achieve a world where nuclear weapons no longer exist and where nuclear power is used solely for the generation of electricity. This pathway is through education and manifesting our disapproval. We need to put pressure on politicians to make a change.

Moreover, the freed resources could be used in a much better way. In the USA alone, USD 40 billion is spent annually on nuclear weapons (10 % of the US military budget). That is sufficient to provide basic education, healthcare, food and clean water for the whole world!

The Doomsday Clock, symbolically representing the likelihood of a man-made global catastrophe, is currently set at a mere 100 seconds to midnight! We thus deem it vital to issue this grim warning of the threat of a possible apocalypse.

This is the reason why we’ve added a brand new cause in the viaGood app: Eliminate Nuclear Weapons. In this cause, we also feature the admirable ATOMMUZEUM, to highlight the work of Vaclav Vitovec and the IRON CURTAIN FOUNDATION.

Help us to spread the word! This is of vital importance. The more people get involved, the more pressure we will collectively exert on politicians in the hope that nuclear weapons remain a mere memory as presented on the information panels in the ATOMMUZEUM!